I was interviewed and did some stand up through my Ugly Animal Preservation Society events for this documentary.  An English language version is in the works.

I was a special guest on an episode of nerd comedian Lieven Scheire's show.  Its like a Flemish version of QI.

I presented both series of this magazine show following the pole to pole journey ofGreen Peace's ships alongside comedian Sophie Duker.

This was my first time presenting a children’s TV series and talking about space science.  It was first broadcast during Irish Space Week in October 2016 but is still on rotation.

I was lead presenter for the Belfast episode and was lucky enough to film with badgers, foxes, newts, starlings, butterflies and kingfishers.  The variety of life that can be found within the bustling boundaries of Belfast’s urban heart was astonishing.

It was a delight to share a panel with some of my favourite comedians, Neil Delamer, Zoe Lyons and Alun Cochrane.

I was one of the four-strong presenting team for the series, working alongside Mark Evans, Joy Reidenberg and Richard Dawkins. We ran for four series and won a shed load of awards including a BAFTA.   It was my first major presenting role and involved filming all over the world sometimes while skydiving, swimmng with sharks, whales and dolphins, riding NASA machinery and racing camels. It was a brilliant baptism of fire.

2010- The Elephant: Life After Death– Channel 4 and Discovery.

I was the lead presenter of a team of scientists who, over the course of a month in Kenya, watched the ecosystem that built up around the carcass of a dead elephant. It was a fantastic chance to blend film making with cutting-edge science and learn more about the lives of the scavengers and the food web that forms around enormous corpses in the Savannah.

Over the years I have made dozens of guest appearances and talked about all sorts of science on shows such as The Saturday Show, 5 News, 4 Thought, BBC News, Sunday Brunch, The Alan Titchmarsh Show, Sky News, BBC Worldwide News, Discovery News, 1001 Things You Should Know, BBC Make it Digital and many other programmes.

Behind the camera, I have worked in development for Tigress films and was a writer for the Wild Bear show, World's Wierdest Ugly Animals. broadcast on National Geographic Channel in 2016.

I love working on the radio and in total have made several hundred appearances.  Some of my favourites have been as a regular contributor to The Richard Bacon Show (BBC 5 Live), and The Vanessa Feltz Show (Radio London) as well as featuring on The Today Program (BBC Radio 4), and the always entertaining The Infinite Monkey Cage (BBC Radio 4)

I have featured on  a great many of my favourite podcasts includind, Do The Right Thing, Little Atoms, My Ocean, Science Mixtape, Group Therapy, Flix Watcher, The Pod Delusion and many many more..

But what I really want you to listen to is Level Up Human.  This is my comedy-science -panel show where we ask our terrific expert guests and live audience how they would change the human species. 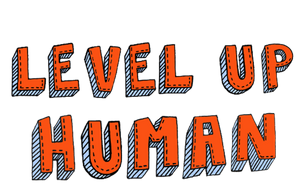 My book the Ugly Animals: We Can't All be Pandas is in shops now.

I have written a great deal for newspapers and magazines.  My work has been featured in The Times, The Sunday Times, The Daily Mirror, The Sun, The Independent, The Daily Telegraph, The New York Daily, The Week and many more publications.

As well as presenting, I have scripted and produced video content for YouTube.  Previous clients have included The Royal Institution, Confederación de Ecologistas en Acción, and the National Science and Engineering Competition.

You will also find me as a guest or presenting on videos for BBC Digital, The What If Machine and a few other places.

In a similar vein I have delivered key note speeches and sessions at conferences including The British Science Festival, The Norwich Science Communication Conference, Norwich Teachmeet, the Public Engagement Network and many more places.

This page is still under construction.  Come back soon!

Check out my other websites

For more comedy with a conservation twist

For my science comedy podcast

For shows and workshops for schools and events